A Frenchman in Singapore

This senior is helping other seniors get active, and educating people on the first British resident and commandant of Singapore. 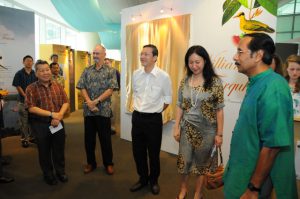 What is a Frenchman like me doing in Singapore? I am not the only Frenchman here as there are some 10,000 Frenchmen currently living in Singapore; most of them are expatriates with their families but only a few (I have no idea how many) are retired PRs (like myself) who have partly settled down here.

For me, I try to enjoy the “good things” that one can enjoy here like the food, exhibitions, libraries and parks, and I try to overcome the “bad aspects” of life here – like “kiasuism”, the lack of curiosity, lack of interest for history and the arts by many Singaporeans, plus the inconsistencies that I believe exist in the laws and systems, as well as in the media. Being 65 and living in the heart of Marine Parade, I am in a community which is 20 years ahead of the other communities in Singapore, where there are one in five residents currently aged 65 and above and where the Government is conducting a five-year study to understand the needs of the ageing community. The study findings would then be applied to the rest of Singapore.

As a senior myself, I wanted to do my part for the community and help the elderly there. When I spoke to the former chairman of the Marine Parade Citizens Consultative Committee, Stephen Puhaindran, early last year, he muted the idea of an interest group on wine tasting. Though my answer was, why not, I however had some doubts about the response of such an initiative. My doubts were confirmed, because, there was very poor response but I believe with more publicity, this can be resolved.

The idea behind such a group is double – create an interest group for the elderly having a common interest (they like to drink wine, especially red wine, which most people know is good for your health, provided you drink it at reasonable doses). The second idea behind the wine tasting group is to offer the members the opportunity to test three to four different wines for only $12 to $18 (depending on the cost of the wines) instead of buying a single bottle that would normally cost them S$20 to S$40.

I believe by having such an interest group or any other group much less would allow the elderly to get out of their homes and be in companionship with others. It is bad for anyone to be alone. Most people, especially women above 50 who are divorced, separated or widowed and live alone, are looking for new partners because they suffer from loneliness. It is hard for the elderly as they might need help or assistance with their daily activities. Loneliness was the reason why about 15,000 elderly died as a result of the exceptional heat wave that struck France in August 2003. I want to get as many elderly in Marine Parade out of their homes and doing something that they have a passion or interest in.

So how do I keep myself active beside my pursuit in helping other elderly? I try to find a balance with my physical activities (speed walking, DIY at home), intellectual activities (reading, research, chess, working on projects) and leisure activities (Internet, video films, wine tasting, etc). What has also kept me busy is talking about Major-General William Farquhar (first British resident and commandant of Singapore) and restoring him to his rightful place in the history of Singapore. I feel he has been overshadowed by Sir Thomas Stamford Raffles and was treated unfairly when he was summarily sacked in 1823.

I have been researching Farquhar and have met up with historians and curators to understand the man. In May 2008, I even travelled to Scotland and the places associated to Farquhar. This all resulted in a five-month exhibition in the National Library in 2010 on Farquhar in collaboration with the Singapore Heritage Society.

So what’s next after Farquhar? I am focusing my efforts on the Marine Parade pilot study on the elderly where I help suggest and look at the feasibility of implementation of activities for the elderly, with the support from the Marine Parade Citizens Consultative Committee. The wine tasting interest group that I mentioned earlier encompasses this. I have also suggested other interest groups such as visits to museums and art exhibitions, walks to nature parks, and elderly trips to France and other European countries, and I have recommended workshops for elderly that have been successful in France such as enhancing one’s memory, and Internet and computer knowledge. We will see what works out in the end … but whatever happens, we will manage to come up with activities for the elderly so they can remain active in the community and not sedentary at home – a win-win for everyone!

Jean-Claude Fuchs, 65, has been living in Singapore for eight years and is a proud resident of Marine Parade, Singapore.