Theatre company Pangdemonium delves into the all-important issue of dementia. 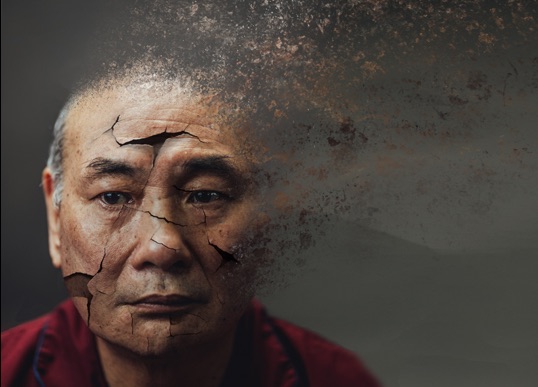 The topic of dementia is wrestled in a new play called “The Father” that is set to open on March 2 to 18 by theatre company, Pangdemonium. The story by French playwright Florian Zeller explores a 70-year-old man’s deteriorating mind as he faces dementia. He deals with losing his beloved watch again to his daughter and her husband behaving very oddly. The audience not only walks in his shoes and sees him “fight his demons and drown in his murky memories” but also sees how the disease affects those around him, who sometimes suffer in silence and fear.

Said Tracie Pang, artistic director at Pangdemonium and director of “The Father”, “Experts are calling dementia the 21st century’s number one killer. Singapore has one of the fastest ageing populations in Asia, and the number of people living with dementia is expected to double by 2030. It is affecting people not just in their 60s and 70s, but as early as their 40s.

“We cannot pretend that this is not an issue that has a profound and far-reaching impact on us all. With this play ‘The Father’, we hope to demonstrate that if Singapore calls itself a caring community, we need to open our eyes and our hearts to people around us who are suffering from this debilitating disease.”

Playing the main character, André, is 62-year-old Lim Kay Siu, who found the experience challenging and eye-opening. “I don’t have dementia, which is the biggest challenge, but the script is so good that it alone shows what it’s like to have dementia so that helps a lot.”

Though he was aware of the disease before the play, he said playing the role confirmed a few things. “My mother before she passed away was a doctor and she was terrified of getting dementia. She knew about it from the medical point of view and she didn’t want to be a burden to everybody. I would ask her why she was so afraid. Through the play, it has confirmed everything I know about dementia.”

He added: “Dementia is frightening, Singapore hasn’t prepared for it and we need to prepare.”

Not only does André have to deal with the disease, others support him including his daughter and caregiver Anne played by Tan Kheng Hua. She learned a lot about her role thanks to the play: “Very quickly, I’ve learned the plight of caregivers to loved ones with dementia. And that duty that comes with love just makes the whole caregiving process so much more bearable. Let us build strong family units to care for all ageing processes, not just dementia.”

Another cast member, Janice Koh, who plays a character known only as Woman, added, “In the course of our research and talking to people living with those who have dementia, it really struck me that the impact of this disease on close family members and caregivers is tremendous, and arguably a lot more difficult than on the patient. While the dementia patient eventually becomes unaware of their actions, those around them have to continually adjust and cope with a loved one who is deteriorating slowly before their eyes. It is a challenging journey.”

She shared: “It really helps to be able to enter the ‘universe’ of the person living with dementia. The past and present can sometimes merge for the dementia patient, and they may flit in and out of reality or imagine that they are at different points of their lives. As the caregiver, so long as the patient is not in danger, it might be better to go along with their version of reality rather than constantly contradicting or correcting them. It helps keep things harmonious, and relations more peaceful. Although it might be hard to resist the temptation to ‘correct’ the patient, we also need to recognise that their altered reality is their truth.”

The 95-minute play will be at Victoria Theatre and tickets are S$30 to S$70 at Sistic. As part of “The Father”, Pangdemonium will also be hosting a series of post-show dialogues on dementia and the experience of caring for those with dementia.