Varian Wong at one time had amassed a vinyl collection of 3,000 records. Today, it is more under control!

Varian Wong, 72, calls himself a “music enthusiast” rather than a collector, and at one time he admitted that he amassed a collection of over 3,000 vinyl records!

It all started back in 1969, when he was 21 years old and just started working, and decided to purchase his first vinyl record. “There was only vinyl records available during that time and I really wanted to listen to music,” he shared. He was attracted to the beautiful sounds of Latin music – “Latin music came way before pop music and rock,” he shared. So, it made sense that his first vinyl record was called “Romantic Latin Guitar”, which he recalled he bought from a Chinatown roadside for around S$3.50. That was quite a fortune during that time, especially for Varian as his family couldn’t even afford to pay for his studies in fine arts at Nanyang Academy of Fine Arts (NAFA) which cost S$15 a month and his brother-in-law ended up paying for his fees.

That nonetheless didn’t stop him from buying more records, or even a very old player to play his records. He bought one at Sungei Road for S$10. “Food during that time was around S$2 a day and I would save to buy the player and records.” But later as he started working more years, he upgraded to a Sanyo 3-in-1 player (a record player on top, a radio on the side, plus two external speakers) which set him back by S$1,000, which he paid in instalments.

He continued down the same genre for his second vinyl record – “Latin Piano in Japan” – which he bought for around S$5 from CK Tang. He said: “During that time in the ’70s, department stores like CK Tang and Robinsons used to sell records.” He later moved on to buy records with other genres such as fusion jazz (with electronic elements) and as he got older, classical music. Varian said that while he was working at Toppan Printing Company, his colleague suggested he buy Beethoven’s Moonlight Sonata. For that record, he went to Kwong Sia Records at Colombo Court which was considered the biggest record selling company at the time and “you could find almost anything you wanted”, he said. 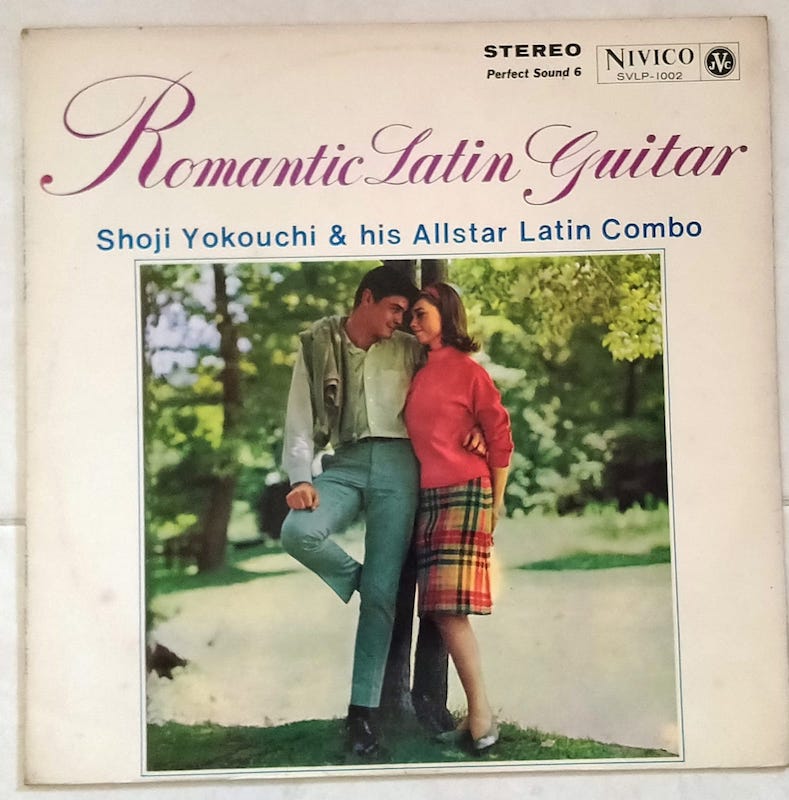 In 2000, he became a proprietor of a small used record shop called Memory Lane at the Adelphi Shopping Centre but after a year, he suffered from a heart attack and had no choice but to sell the business. He said, “I would have continued if I could.” After the sale, he went to San Francisco, US, for three months to recuperate at his wife’s brother’s house. His love for music never wavered … it further intensified! “From Monday to Friday, I would go to a record shop called Amoeba Music before they even opened and I ended up during those months buying 200 records. I had to hand-carry them all back to Singapore as I was afraid that if they were in cargo, they would be damaged,” said Varian. Some of those records cost him US$5 to US$10.

After selling his shop and keeping some of those records, he did amass a collection of around 3,000. However, from coming back from San Francisco, to the late ’80s, he ended up selling quite a few of his records, especially the ones he bought from the US. He shared that one record (a direct-cut so not going through a tape) titled “Flamingo Fever” which he bought in San Francisco for US$12, he recently sold it for S$350. Not a bad investment indeed.

But that doesn’t mean he has plans to sell his records and make a killing. Those he has kept, including his first and second records, are more for “sentimental reasons” and you won’t be prying them loose from his hands. “If I sell them, I won’t be able to get them back unless I am willing to pay a large sum for them. I also listen to some of them every day since currently nothing to do,” the grandfather of three said. All told, he now has only 1,300 vinyl records, all placed neatly in his living room. 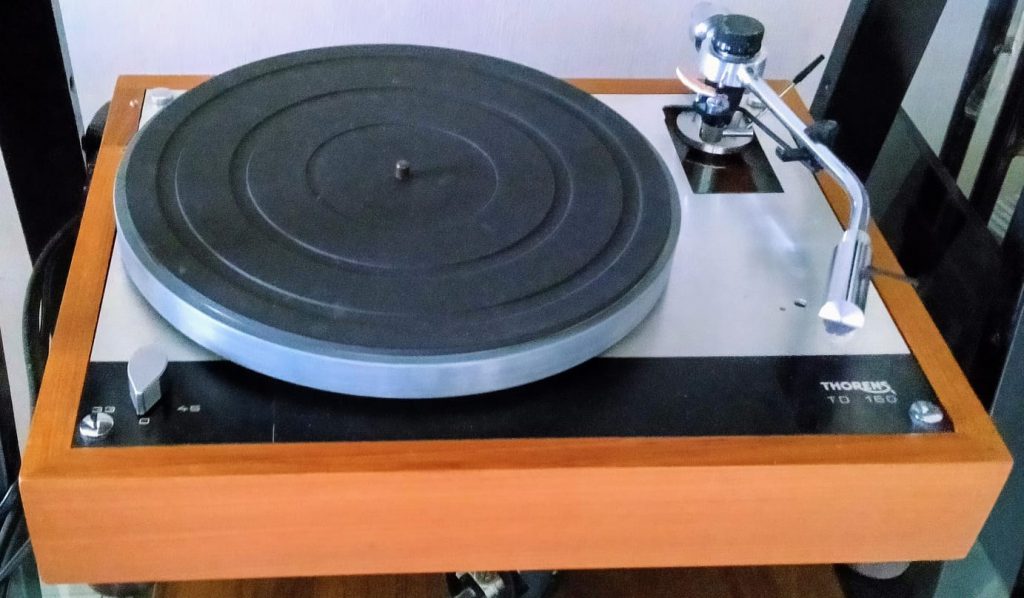 His Thorens turntable, which is 50 years old.

He also has kept a number of old record players or turntables, admitting that 20 years ago, he had 16 players. He had to sell four and now he has reduced that number to four, citing space constraints. He has two ReVox B795s, Trio KP7600 and Thorens TD160 – each player around 40 years old or older. “My wife says I have one pair of ears, so why do I need so many players?” he laughed but shared that he has been looking at players on eBay since he has been at home. Buying more? He reiterated, “No space,” but he is happy to see.

Asked if he has shared his music collection with the rest of his family members? Varian said, “My music and theirs (children and grandchildren) are different, so how to tell them? The music they are into is current while mine is way back. They are not interested.”