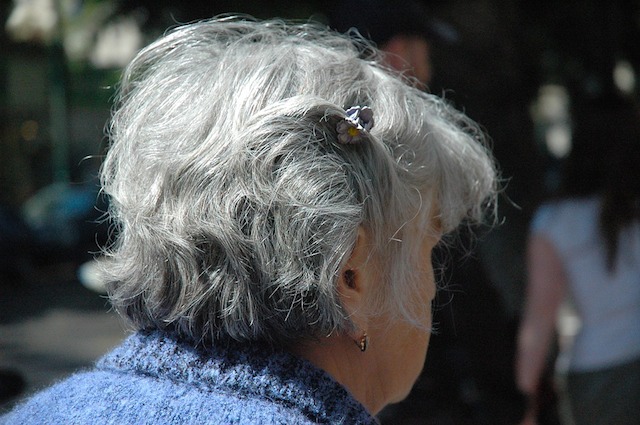 Each year, an estimated one in 10 older Americans are victims of elder abuse, neglect or exploitation, which also includes financial abuse. According to the Administration for Community Living in the US, for every case of elder abuse or neglect reported, as many as 23.5 cases go unreported.

As part of World Elder Abuse Awareness Day earlier this year, the National Reverse Mortgage Lenders Association (NRMLA) and the National Aging in Place Council (NAIPC), both in the US, hosted a free webinar titled “Strategies for Keeping Older Adults Safe from Financial Predators” (https://attendee.gotowebinar.com/recording/4184633878478043393) to all professionals committed to the financial safety and well-being of seniors.

While likely under-reported, elder financial abuse costs older Americans over US$2.6 billion annually, and according to the National Council on Ageing (NCOA) in the US, financial exploitation is self-reported at rates higher than emotional, physical, and sexual abuse or neglect. Globally, according to the World Health Organization (WHO), the prevalence of financial abuse is between 1.0 to 9.2 percent, while physical abuse is 0.2 to 4.9 percent and neglect 0.2 to 5.5 percent (this is from a study on WHO’s website which provided prevalence estimates of the most common types of abuse in high- or middle-income countries). Not only money-wise, there are many affects as a result from abuse including self-withdrawal from activities, which is important for their overall well-being.

Ageless Online speaks to Lorraine Geraci, the professional trainer who led the webinar, to provide insights on financial abuse:

Why is this happening, compared to many years ago when this is unheard of?

Although this is just my opinion, I believe that the economic times, desperation and entitlement are some key factors on why people choose to prey on the elderly or older adults. Since such a high percentage of perpetrators are family members, it seems that some feel it’s “ok” to take from their loved ones. Instinctively, I feel that many of our current and future generations will have less patience with sometimes the “slow down” of an elderly person and as such are more likely to be abusive.

There are so many variations of this type of abuse affecting at least two different levels of what we refer to as “older adult” and “elderly” persons. The details and statistics I will leave to the experts and gerontologists to speak on, however, I have interacted with many older adults directly and indirectly for the last 14 years. Many of the experiences I have had led me to some unethical situations where I needed to contact authorities to intervene.

What does financial abuse encompass? Are you able to share two cases you have come across?

Financial abuse can either be an Internet scam preying against an older adult or can be pre-meditated and mostly occur with a family member. I had a client years ago that was looking for resources that would pay down a tremendous amount of debt he had. Upon meeting him, some of the conversations were concerning the source of the debt. Apparently, his grandchild had stolen his credit card and charged thousands of dollars in debt. My client had not paid attention to the account and did not realise it for some time. So of course the grandchild disappeared and my client needed to address it. Aside from assisting him, I did advise him that I thought I should contact the office for ageing or adult protective services and he was accepting of that. I did call them and they took it from there.

Another situation occurred when a loan officer was visiting an older couple to discuss a financial product. The result would allow them to have available credit to pay for their home healthcare aide and whatever future needs they had. During the visit, the caregiver became very argumentative with the couple and reminded them that they agreed to take all the money out of the account. The loan officer took note of this and reported it to her company’s Fraud Division. Upon investigation, not only was the caregiver financially abusing the older couple, but she was also physically abusing them as well.  It was the awareness and quick action from the professional that assisted in preventing future abuse of this couple.

What are the different types of financial abuse?

A fraud is a deception deliberately practised in order to secure unfair or unlawful gain, while a scam is to swindle by means of a trick which is more pre-meditated and a lot of thought goes into it.

So why do people do this? Financial abuse via occasion/opportunity may be a last minute thought to take something the older adult has. Desperation is when someone intentionally takes from an older adult out of need or feel they deserve to do so. This includes family, friends or caregivers. Predation is a planned out scheme that was put together to intelligently take something or do something to the older adult. It is often scripted to prey on the goodness and values of older adults.

Can you describe common scams and fraud perpetrated against older adults?

Some common scams and fraud include:

Who are common perpetrators?

According to the National Center for Elder Abuse, US, almost 60 percent consisted of family members abusing older adults. This is followed by 16.9 percent who are family and neighbours, and 14.9 percent who are home care aides. Through my experience, I would think the latter figure would be higher.

You mentioned earlier about financial abuse where children want money from parents and/or conning them to give up their homes to them. This could be under-reported due to the fact that older adults may not want to get their children reported on. Is this prevalent in the US as well as the rest of the world?

Yes, that certainly accounts for many family-related abuse situations, and I am sure that many are not reported.

How can one recognise the warning signs of abuse and exploitation?

And just being aware and asking questions will be important. In a study by the American Psychology Association, it revealed older adults are 10 times more likely to remember false information and believe it is true than younger adults. Also, those with different types of disability such as having dementia, or a health impairment have a high risk of being abused. Women appear to be more likely to be abused than men as they are more trusting in nature, and living with a large number of family members can increase the risk of abuse.

What are the resources for reporting abuse and support for the victim in the US and/or globally if you happen to know?

What I provide to my students who take my class is a list of national resources such as the National Elder Abuse Hotline, AARP, Do Not Call Registry, but we also encourage all professionals to find local adult protective agencies, offices for the ageing and any other resources to keep on hand for reporting.

Any advice on how older adults and the elderly can protect themselves?

What about some measures protect older adults from their children and caregivers?

One of the things I discuss is to encourage older adults to make sure they have someone they can truly trust in their lives and that they feel comfortable with. If someone feels that their family, or a caregiver is neglecting or abusing them, they should be encouraged to share that information with this trusted advisor.

Anything else to add?

It is imperative that we instruct and remind all who work directly and indirectly with older adults and the elderly, to be vigilant in the prevention of elder abuse. Be aware of the surroundings and what is being said to you. Notice anything unusual and do not be afraid to report something if you see something.